A young man depressed unable to bear the anguish of poverty, sickness, unemployment, and failures in life, in an attempt to put an end to all the miseries of his life, walked towards the railway track to commit suicide.  On the way, he met his uncle who shared about Jesus Christ. These words served as a balm to his bruised heart. His uncle told him to go home and commit his ways to the Lord.  He prayed and committed his life to the Savior then returned home with a newfound hope. The joy of salvation filled his heart. This young man was none other than late Dr. D.G.S Dhinakaran. 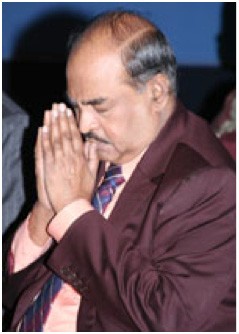 After this incident, he started seeking the Lord fervently, reading the scriptures, and waiting in the presence of the Lord for many hours. He did this diligently for seven long years - pleading, "Lord! Hear my prayer and grant me your power! I don't want to live a dried-up Christian life anymore!"

He wanted to have communion with God like the saints in the Bible had. On October 10, 1962, during a time of family prayer, a divine presence filled the room. He actually saw the Lord Jesus Christ face to face, and He said, "I am Jesus. I have come to bless you." The Lord filled him with His Holy Spirit. He said, "Son, this world has only heard about my love and compassion. However, it has not seen it in a person's life. Today, I am filling you with the same spirit of compassion that I had when I was in this world two thousand years ago. Every time you are moved with this compassion within you, whatever you ask for my people shall be granted." 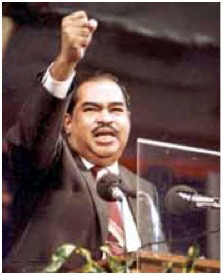 After this spectacular supernatural encounter with God, the life of Dr. D.G.S Dhinakaran took a new dimension. Every time he prayed for people he could literally feel the presence of God and the compassion of the Lord filling his heart. The gifts of the Holy Spirit started to operate in a great measure, and mighty miracles took place bringing glory to God.

At that time he had been working as a top executive in a bank, but he spent most of his spare time and holidays ministering in different places. People could see the manifestation of the power of God. The ministry of Dr. D.G.S Dhinakaran became the foundation and the life of Jesus Calls Ministry. Whenever he preached and prayed at public meetings, people saw him interpreting tongues, and heard him speak words of wisdom and knowledge. During the prayer time in public meetings, he called out the names of people who were in the crowd revealing their spiritual, emotional, and physical conditions through divine revelation. These people ran to the platform and testified confirming that what Dr. D.G.S. Dhinakaran said about their lives was true. Every day thousands of people wrote to him seeking solutions to their problems in life. Inspired and guided by the Holy Spirit, he gave them words of comfort and wisdom. The crippled people who had to be carried to the meetings were healed! They walked!  The blind saw, tumors and cancers were healed miraculously, and many received peace and happiness in their lives.

Milestones in the Ministry of Dr. D.G.S Dhinakaran 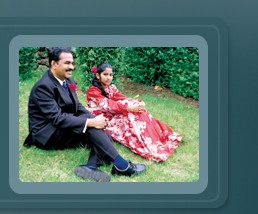 THE GREAT SACRIFICE
On May 21, 1986, a great tragedy struck this servant of God.  He lost his only beloved daughter, Angel.  On his way from the airport for an important meeting regarding the establishment of Karunya Institute of Technology, they met with a car accident  Shattered and broken by this terrible disaster, it took great courage and God's strength to recover from this agony.

HONOR AMONG THE LEADERS 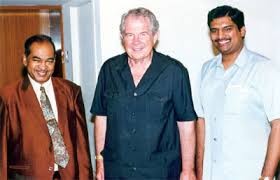 Truly, Dr. D.G.S. Dhinakaran was a man after God's own heart, who prayed for brokenhearted people that our God would turn their sorrows into joy! He took healing to the people through the love & compassion of Jesus Christ. In a remark regarding the life of Dr. D.G.S Dhinakaran, Dr. Pat Robertson, Chairman of CBN, said, "Frankly, I cannot recall any figure in the Old Testament or New Testament who has had such a profound and ongoing encounter with the Deity.''

Great servants of God such as Rev. Pastor Benny Hinn, Dr. Pat Robertson, Dr. Dave Roberson, and Pastor John Osteen honored Dr. D.G.S. Dhinakaran as the Apostle of this age in India. Even the secular leaders and the leaders of the nations respected him and honored him and sought his prayers and wisdom in times of need.

This great man of God, who obeyed the Lord and stood faithful in all the missions and plans given to him by God entered glory on February the 20th, 2008. Thousands of people came to have a glimpse of the man who stood in the gap to intercede for them.