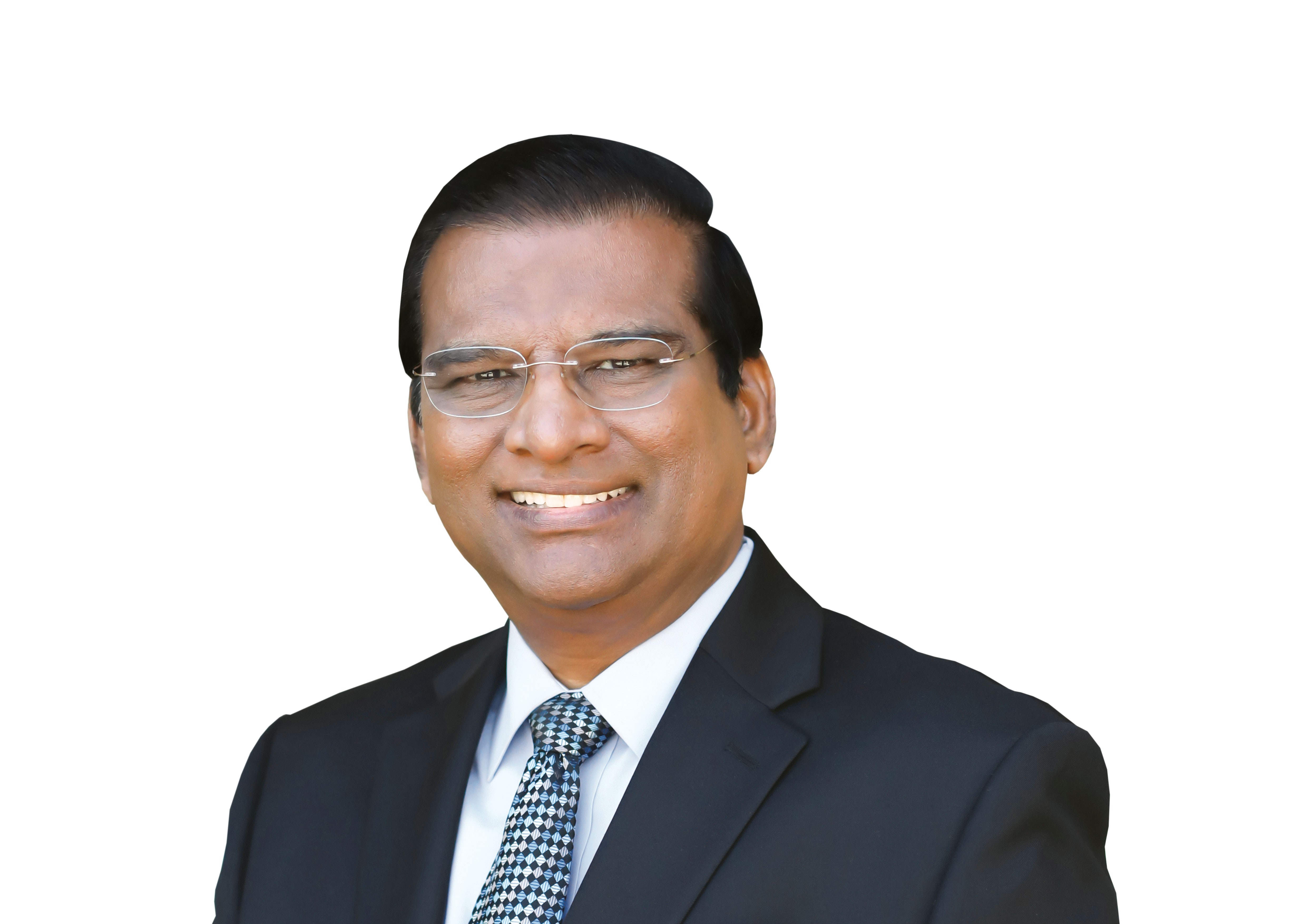 Dr. Paul is known around the world as a Versatile Leader, Eminent Educationist, International Speaker, Compassionate Humanitarian. His 4 decades of ministry, carrying the Gospel of Jesus Christ with signs and wonders has impacted millions around the world. His daily devotion and sermons reach far and wide, even to those who otherwise cannot hear the message of the Gospel and taste the love of Jesus Christ.

Dr. Paul Dhinakaran was born to (Late) Dr. D.G.S. Dhinakaran and Mrs. Stella Dhinakaran on September 4th, 1962. He credits his spiritual transformation to his Godly parents - his father's prophetic voice and mother's unswerving fasting and prayer for him.

His wife Evangeline ministers by his side, powerfully with grace and compassion for the millions. Their three children Samuel, Sharon and Stella Ramola pursue the same mission empowered with divine compassion. They minister as a family, with the sole mission to ensure that no soul is lost.

Dr. Paul Dhinakaran heads the Jesus Calls International Ministries as its president with a sole mission to bring comfort and healing to the broken hearted. He conducts massive Prayer Festivals in publics fields with nearly 300,000 to 500,000 people attending each event in India. The ministry has widely grown under his Leadership to establish 100 Prayer Towers operating in 90 cities across India and 11 other nations (USA, UK, Canada, Australia, South Africa, Singapore, New Zealand, Sri Lanka, Malaysia… ) to receive people for prayer and counseling. Nearly 20,000 Prayer Intercessors have been personally trained by Dr. Paul to serve God in these Prayer Towers to pray for more than 500,000 calls which are received every month for prayer. Dr. Paul is widely active on Social Media and has a reach of more than a million followers with people from all walks of life, ages and ethnic groups who are blessed by his messages daily, and his TV programs are aired in 8 different languages daily across various parts of the world which has blessed countless millions each day. He is also an author of more than a dozen books which has brought God’s light to millions of souls around the world. Dr. Paul Dhinakaran is the Chancellor of Karunya University (Karunya Institute of Technology and Sciences) in Coimbatore, India which was established in 1986 to raise entrepreneurs with a mission to solve human problems. The institute is a residential campus of 700 acres with 8000 students studying undergraduate to PhD programs in Engineering, Computer Sciences, Agriculture, Bio Sciences, Bio Medical, Media, Management, Forensic Science. It has nearly 30,000 graduates and ranked in one of the top 50 institutions in India, and has connections with various universities in USA, Canada

and Israel for research work. The institute also has an office in Jersualem, Israel on the 20th floor of City Tower (Karunya Israel Ltd).

Dr. Paul Dhinakaran founded SEESHA (Samiti for Education Environment Social and Health Action) a humanitarian outreach mission to care for the needy, widows, sick and orphans. SEESHA helps provide job-oriented training and seed funding to start business with a focus on enabling the people sustain their livelihood without having to depend on others for their resources. It has actively been involved in various feeding programs, tutoring for kids, disaster relief, and building and providing homes for shelter less and people affected by disasters. SEESHA has distributed approximately 100,000 new clothes to needy children across various parts of India yearly during Christmas season, and has built more than 100 houses for the people affected by the various natural disaster.

Dr. Paul Dhinakaran has been led to pray for the leaders of Governments. He also conducts fasting prayer, uniting all churches and people from all backgrounds, to pray for God's will to be perfected in each election. He has also established 24-hour Prayer Tower in New Delhi and in Jerusalem. It is situated across the Parliament in New Delhi and on the 20th floor in Ben Yehuda street overlooking Jerusalem respectively to pray with burden for the will of God to be done in the Nations and Governments.

With each passing day, God is using him mightily in his service. Many thirsty souls are being drawn close to God because of Dr. Paul's Prayer and Ministry.